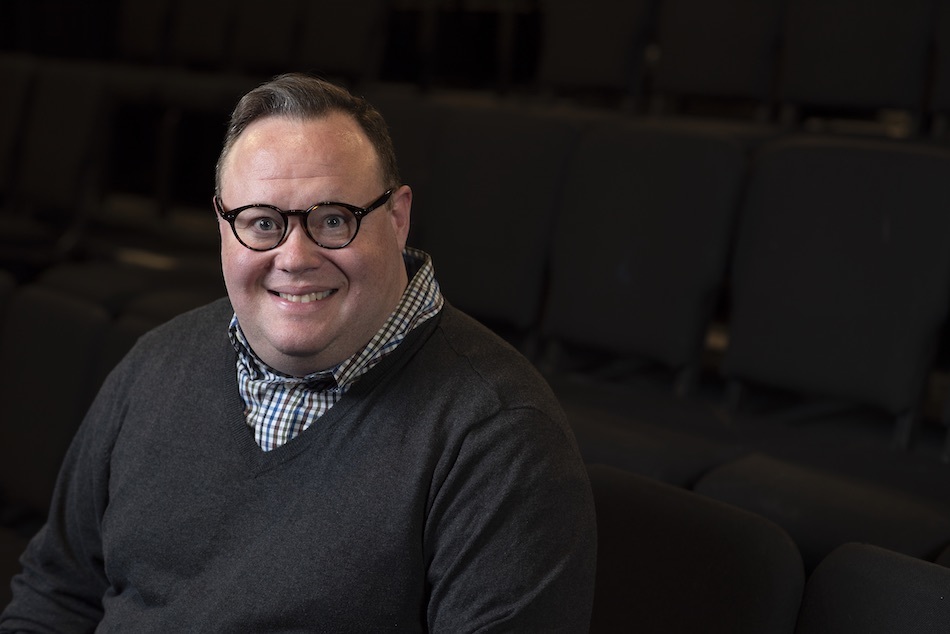 On Sunday, August 4, 2019, at the conclusion of the 2019 MFA Playwrights’ Workshop at the Kennedy Center, Actor’s Express Artistic Director Freddie Ashley was awarded the Kennedy Center American College Theater Festival Medallion of Excellence.

Each year KCACTF honors individuals or organizations that have made extraordinary contributions to the teaching and producing of theatre and who have significantly dedicated their time, artistry and enthusiasm to the development of the Kennedy Center American College Theater Festival. Most importantly, recipients have demonstrated a strong commitment to the values and goals of KCACTF and to excellence in educational theatre. It is the most prestigious award given by KCACTF and is considered one of the great honors in theatre education.

Ashley, who serves as the Vice President of the National New Play Network and is an Assistant Professor of Acting at Kennesaw State University, received the award in honor of his contributions to KCACTF’s annual MFA Playwrights’ Workshop. He has worked both as a director and dramaturg for this workshop since 2009, having collaborated with such playwrights as Michael Lew, Lindsey Ferrentino and Amy E. Witting. Of the award, Ashley said, “It feels somehow greedy to receive an award for doing something that brings me such joy. Working with the MFA Playwrights’ Workshop and the National Dramaturgy Intensive is something I have found meaningful because it brings me into contact with powerful new work, as well as with the artists who will shape the American theatre to come.”