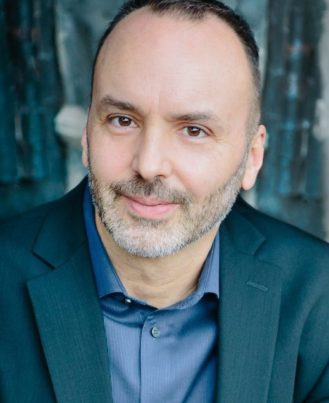 Chris Coleman, co-founder of Actor's Express, has been artistic director of the Portland Center Stage in Portland, Oregon since May 1, 2000. Since then, he has directed Bat Boy: The Musical, Cat on a Hot Tin Roof, Man & Superman, Outrage, Much Ado about Nothing, The Seagull, Flesh and Blood, The Gimmick, A New Brain, A Christmas Carol and The Devils. Before coming to Portland, he was artistic director at Actor's Express in Atlanta, a company he co-founded in the basement of an old church in 1988. In the twelve years of his leadership, the Express grew from a shoestring operation to one of the most highly regarded small theatres in the country operating every single year in the black. Productions in Atlanta included an eclectic and dynamic range of work by playwrights from Chekhov, Brecht, and Shakespeare to Sam Shepard, Eric Bogosian and Terrence McNally, as well as world premieres. His first opera, La Bohème, for the Atlanta Opera, broke box office records.

While in Atlanta, he received many artistic and civic awards including the Chamber of Commerce's Award for Outstanding Individual Artist, the Atlanta Journal/Constitution's "Best Director" {five times}, Creative Loafing {Alternative Newspaper}'s Award for "Outstanding Contribution to the Cultural Life of the City" and the Mayor's Fellowship of the Arts. He has directed at major theaters across the country, including the Oregon Shakespeare Festival, A Contemporary Theatre in Seattle, The Alliance Theatre, Dallas Theatre Center, Asolo Center for the Performing Arts, Pittsburgh Civic Light Opera, Pittsburgh Public Theatre, New York Theatre Workshop and Center Stage in Baltimore.

Chris has long been a public advocate for the arts, spearheading the Atlanta Arts Think Tank, serving on the board of the Atlanta Theatre Coalition, as well as review panels for the National Endowment for the Arts, Fulton County Arts Council, Georgia Council for the Arts, The Pew Charitable Trust and Portland's Regional Arts and Culture Council. From 1998-2004 he served on the board of directors of Theatre Communications Group {TCG}, the national service organization for professional theaters, and currently sits on advisory boards for Eastern & Central European Theatre Initiative, a project of the Center for International Theatre Development, and Sojourn Theatre in Portland. He is a 2004/05 Fellow of the American Leadership Forum of Oregon.

A native Atlantan, Chris holds a BFA from Baylor University and a MFA from Carnegie Mellon.