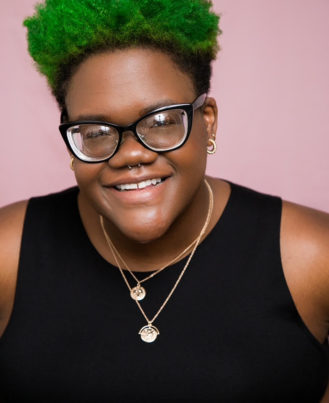 Ibi Owolabi is an Atlanta based director and collaborator, and she is incredibly happy to direct for the first time at her original theatre home, Actor’s Express. Her work has been seen at such theatres as the True Colors Theatre Company, 7 Stages, Theater Emory, and the Weird Sisters Theatre Project. While still a student at Georgia Southern, Ibi was awarded the KCACTF Stage Directors and Choreographers Society (SDC) Fellowship. After graduation she broke into the Atlanta theatre scene with an internship at Actor's Express theatre followed by the yearlong Kenny Leon Fellowship at the Alliance Theatre. In her last (isolated) year of freelancing, Ibi directed several Zoom productions, including Well-Intentioned White People, Stew, Faith and White-Ish. Her most recent work was a socially distanced production of You On The Moors Now at the University of South Carolina, and The Bluest Eye at Synchronicity Theatre. She also is a producer for the Weird Sisters Theatre Project, a mixed media production company by women, for everyone. Special thanks to Freddie and the AE team, her family, and her dogs.