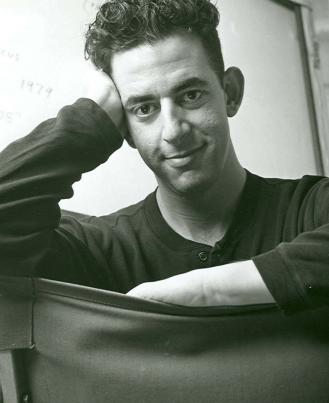 Jonathan Larson received the 1996 Pulitzer Prize for Drama for RENT. He also won the 1996 Tony Award for Best Musical and the 1994 Richard Rodgers Award for RENT and twice received The Gilman & Gonzales-Falla Theatre Foundation's Comendation Award. In 1989 he was granted the Stephen Sondheim Award from American Music Theatre Festival, where he contributed to the musical Sitting on the Edge of the Future. In 1988 he won the Richard Rodgers Development Grant for his rock musical Superbia, which was staged at Playwrights Horizon. He composed the score for the musical J.P. Morgan Saves the Nation, which was presented by En Garde Arts in 1995. Mr. Larson performed his rock monologue tick, tick... BOOM! at Second Stage Theatre, The Village Gate and New York Theatre Workshop. In addition to scoring and song writing for Sesame Street, he created music for a number for children's book-cassettes, including Steven Spielberg's An American Tail and Land Before Time. Other film scores include work for Rolling Stones magazine publisher Jann Wenner. He conceived, directed and wrote four original songs for Away We Go!, a musical video for children. RENT, his rock opera based on La Boheme, had its world premiere on February 13, 1996 at New York Theatre Workshop. Mr. Larson died unexpedtedly of an aortic aneurysm on January 25, 1996, ten days before his 36th birthday.