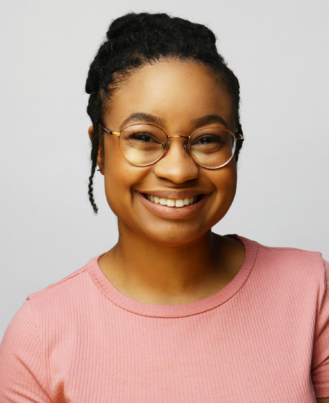 Kayla Parker (She/her) is a dynamic theatre maven. She attended Howard University, as a student of their Theatre Arts program, concentrating in acting. In addition to her curriculum, Parker was afforded the opportunity to work in the D.C. theatre community where she really began to tap into writing and the power of storytelling. Now residing in Atlanta, GA, Parker is proud to use her gifts to be of service to her community and strives to be a part of the change that will revolutionize the next generation. Parker was a 2021 DK Fellow with True Colors Theatre Company as well as a writer for the serialized podcast drama, Crossroads, produced by Actor's Express. "Either You Got It Or You Don't," was produced as a short film, commissioned by Theater Alliance in Washington, D.C. Parker is thrilled to be continuing the development of this piece with Actor's Express.