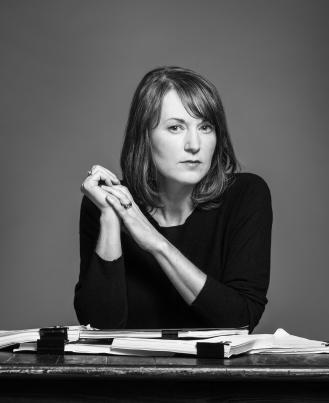 Lee Nowell is a veteran of Hedgerow Theatre, America’s oldest resident rep company, where she was nominated for the New York Drama League’s Directors Lab. She was co-artistic director of her own theatre, Metropolitan Theatre Alliance, and currently serves on the advisory board of the Essential Theatre. A cum laude graduate of Kenyon College, she has adjudicated plays for the National Endowment for the Arts, the Ohio Arts Council and has served as a judge for The Governor’s Honors Program. She is the new Managing Director Artistic Associate at Synchronicity Theatre. Prior to joining Synchronicity, she was the Senior Coordinator for The S/L/A/M Collaborative for fourteen years. An award winning playwright who was nominated for The List, Ms. Nowell’s work has been presented at Actors Express (Albatross, Paper House, Obsession), Theatre in the Square (Urban Fairytale), Horizon Theatre (Blue Angels Weekend), 7 Stages (Preacher from the Black Lagoon, The Commission, which will be presented December 12, 2015), and The Big House (How to Survive Being Human) in addition to her commission for Synchronicity (Beyond Reasonable Doubt: The Troy Davis Project, premiering April 2016). Ms. Nowell is also in the vanguard of the burgeoning Salon Theatre movement in Atlanta.