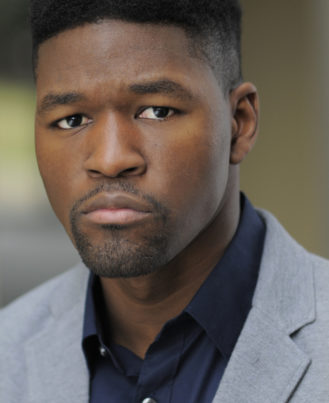 Rob Demery is thrilled to make his Actor's Express debut. After directing and performing touring theatre shows in over 40 states, some of his Stage Credits are: Too Heavy For Your Pocket at Alliance Theatre, Holler If Ya Hear Me, Fetch Clay, Make Man at True Colors, Lombardi  at New Stage Theatre, The Watsons Go to Birmingham at the Masonic Temple (in Flint, MI), SARAFINA at St. Louis Black Rep, Ceremonies in Dark Old Men at MADDRAMA, To Kill A Mockingbird, A Soldier’s Story, No Land’s Man, Twelfth Night, and A Christmas Carol at New Stage Theatre, Othello The Remix at St. Louis Black Rep, The Waiting Room at the Gas Light Theatre, Robert Johnson: Trick The Devil at Rose E. McCoy, Power to the Eight at Climb Theatre. Some of his Film/Television credits are: Underground, Get On Up, 90 Minutes in Heaven, Devil’s Knot, and 2nd Generation Wayans. Rob is the Founder/Artistic Director of Red Light Arts located in Riverdale, GA. www.RedLightArts.com @robdemery