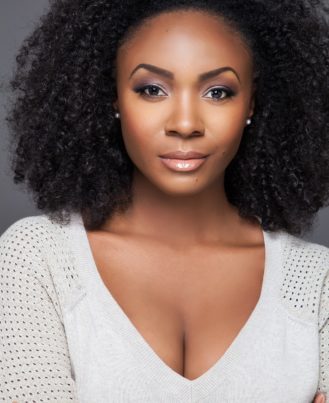 Saycon Sengbloh is thrilled to headline Actor’s Express’ Broadway at Atlanta Contemporary, sharing musical performances from her numerous Broadway shows and career highlights! Broadway star and television and film actress, Saycon Sengbloh, was born in Atlanta, GA and is thrilled to be home! She has been a featured actress and vocalist in the newest generation of contemporary shows on Broadway and off-Broadway, embracing a new sound of pop-rock and soul music and production, including the National tour of Rent, Elton John and Tim Rice’s Aida, Wicked, & also the first Afro-beat musical, Fela! She was seen as the FBI director and presidential love interest, Angela Webster, on the 6th season of ABC’s Scandal. Saycon Sengbloh won the Drama Desk Award, the Obie Award for Best Ensemble, and received the Tony Award for Best Featured Actress in a Play Nomination for her role as Wife #1 Helena, in Eclipsed on Broadway starring Lupita Nyong'o. She was photographed and named one of the hottest up and coming acts in the annual juice issue of VIBE magazine. Fela! the Broadway musical won several Tony awards! Saycon sings on the Grammy nominated soundtracks for Fela!, Hair, and Motown the Musical and also provided backing vocals on the soundtrack for the Julie Taymore film Across the Universe. The versatile actress brought hip-hop to Broadway in the original Broadway cast production of Holler If Ya Hear Me with the music and poetry of Tupac Shakur, introducing Saycon Sengbloh as a muse and rapper to a new generation of theater fans. She began performing as a kid in plays and musicals at Tri-Cities School for Visual and Performing Arts and as a member of the Freddie Hendricks’ Youth Ensemble of Atlanta. She attended Agnes Scott College in Decatur. She has been featured in commercials, print ads, and book covers, and voiceover. She has worked with directors Kenny Leon, Michael Greif, Charles Randolph-Wright and Tyler Perry among others. She is very proud to have appeared in the films of female directors Julie Dash and Julie Taymore. Saycon Sengbloh has a cult following among New York theatre fans as the first woman of African descent to perform the role of Elphaba the wicked witch of the West in the hugely popular musical Wicked. As an indie music artist and songwriter she has released several songs available online including, "Be Here", "Warrior" and "Possible". In 2016, Saycon proudly joined the Board of Directors for Monrovia Football Academy, located in Liberia West Africa, the first school of its kind to join formal education and soccer training, enhancing the educational opportunities of Liberian leaders of tomorrow. Cheers!