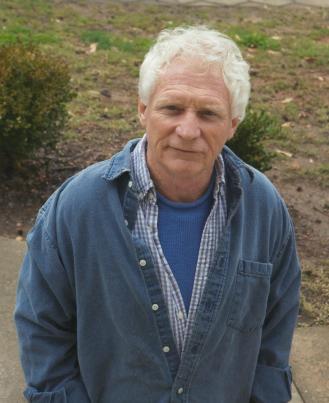 Theo Harness has performed before at Actor’s Express, where he was in the original acting company. Other performances include Theatre in the Square, the Alliance Theatre, the Lyric Theatre, Stage Door Players (Woody Award and Suzi Bass Awards nomination Visiting Mr. Green), Jib Jam Productions (Suzi Nomination for Faith Healer), Barking Dog, PushPush Theater, 7 Stages (on the video screen), Theater Emory, and Soulstice Repertory. He has worked out of town at Portland Center Stage in The Seagull, Itimar Moses’s Outrage and This Thing of Darkness by Craig Lucas. His first fling at the Express was as Lloyd Bophtalofti in Lucas’s Reckless, and his last was a dance of the seven veils as J. Edgar Hoover in The Love Song of J. Robert Oppenheimer. Between those brackets were some thirty roles and some twenty set designs before he stepped away to watch for a while. This is a heart-filling opportunity to be back on the Express stage where he was born into a life in the theatre and nurtured in the art that changes lives with every opening curtain, especially the one that opens this outstanding play. Thank you, Freddie, thank you. Theo is proud to be a member of Actors’ Equity Association.