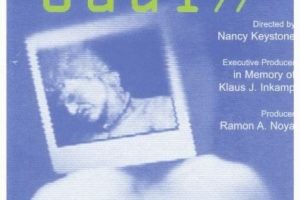 THE GIMMICK tells the story of Alexis and Jimmy, a pair of outsiders who forge a friendship through their shared passion for art. Theirs is a love more powerful than the ghetto gimmicks that devastate much of the Harlem of their youth. When one falls, the bond that has kept them whole threatens to destroy them both. 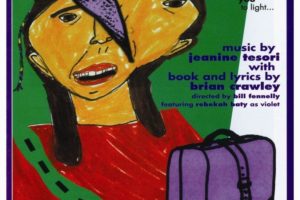 Based on the Doris Betts story, "The Ugliest Pilgrim," Brian Crawley's book for Violet follows the 1964 bus journey of a backwoods North Carolina woman desperate to find a televangelist who'll pray away her prominent facial scar. Enroute, the spunky, but obviously na�ve Violet finally enters the wider world and she quickly cozies up with two young soldiers on the bus: the handsome, cocky Monty and more sensitive Flick, a black man Violet at first insults but soon cares for. This 25-year-old Violet's odyssey intersects with glimpses of her adolescent self, leading up to the accident that scarred her. We witness young Vi's closeness with her widowed father, a humble man who encourages her strength but is the unintentional agent of her anguish.

The score, written by one of America's hottest new composers Jeanine Tesori, who also created the well-praised, highly eclectic incidental music for the Lincoln Center version of Twelfth Night, (which starred Helen Hunt), is a jazzy Southern mix of gospel, country ballads and blues. Her melodic music flows forth and it expresses much about the Southern community Violet belongs to, and the black and white tensions and attractions that wrack it. With rippling piano and guitar-banjo-mandolin figures and rich vocal harmonies, Tesori's score is both folksy and sophisticated, lush and spare, a smart amalgam of country, church and blues idioms. Of the team of Tesori and Crawley one critic said, "...one must applaud the artistic team that created this adapation -- they have an ear for Southern music with its endless promise of honky-tonk angels and the sweet hereafter."

�Violet" will be directed by Bill Fennelly, one of America's hottest and youngest musical theatre directors. Fennelly, a native of Hartford, Connecticut, has directed on- and off-Broadway as well as in some of the foremost theatres that produce musical theatre. A regular director at Hartford Stage Company and the Goodspeed Opera House, Fennelly was hired as one of the youngest staff stage directors in the history of the New York City Opera at Lincoln Center where he assisted in the remounting of seven different productions.

On "Violet," Fennelly states, "I like the honesty of the love story at the heart of this play (it reminds me of "The Enchanted Cottage," in which two people become beautiful because they see beauty in each other)." As for the music, "The gospel numbers are especially rousing. Tesori likes to twist and elongate her melodies just enough to avoid conventional song structure, which befits Crawley's largely conversational lyrics."

"Violet" will feature a talented cast of Express veterans and newcomers. Rebekah Baty steps back onto the Express stage in the title role of Violet after playing Ado Annie in the highly acclaimed Express production of "Oklahoma!" and Ruth in "Wonderful Town." Baty, one of Atlanta's best musical theatre performers, has also been seen recently in "Chess" and "The Grapes of Wrath" at the Alliance, "Wuthering Heights! The! Musical!" and "The Waiting Room" at Theatre in the Square, and in Cowgirls at Horizon.

As Violet's partners on her journey Geoff Schmith (Monty) & Gavin Gregory (Flick) are no strangers to Atlanta's musical theatre scene as well. Both Schmith and Gregory recently performed with Baty in the Alliance production of "Chess" as well as being seen here at the Express in last season's "Once Upon a Mattress."

The Express once again has assembled some of the southeast's foremost designers and collaborators for this production. Rochelle Barker (Scenery), H. Bart McGeehon (Lighting), and Jill Melancon (Sound) collaborate again after teaming up for "Handler" while Kenton McGhee (Costumes), Robert Egizio (Choreographer), Sheila Oliver (Props) and Britt Davis (Musical Direction) help complete the landscape upon which the audience will travel.

The rural South. Present day. Geordi has just been released from prison. He and his wife, Terri, a member of the Holiness Way sect, struggle to re-build their marriage. One night in service, Geordi handles snakes for the first time and is bitten in the throat and dies. Three days later, before the astonished eyes of the congregation, Geordi resurrects. What happened to Geordi? Who gets saved? Who gets forgiven? 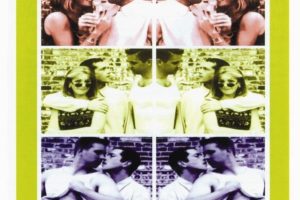