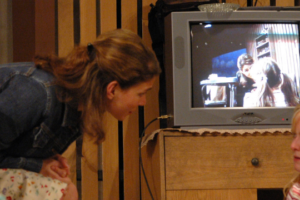 A Three-Way World Premiere with Actor's Theatre of Louisville and Kitchen Dog Theatre of Dallas!

In Hazard County Ruth is losing everything - her home and her family's business, and her two 8 year-old twins are sleeping on her cousin's floor. Why won't she use the $100K Memorial Fund that was created for the twins when her husband was murdered? Enter Blake, a Hollywood TV producer who decides Ruth is the next great American story. But in Hazard County, the truth is rarely easy to find and does anyone really want to trust a producer from FOX News? Peppered with hysterical recollections of THE DUKES OF HAZZARD this slyly subversive comedy is a great Southern summer-evening adventure.

Hazard County will be a National New Play Network World Premiere with Actors Theatre of Louisville, Kitchen Dog Theatre in Dallas, and Actor's Express. Hazard County will be fully produced at the Actors Theatre of Louisville's 2005 Humana Festival for New Plays under the direction of Actor's Express Founding Artistic Director Chris Coleman. Coleman's theatre company, Portland Center Stage has conducted workshops of the play through the Just Add Water West New Play series. Those who remember the earliest days of Actor's Express won't want to miss this exciting opportunity to see the kind of work Coleman is currently fostering at Portland Center Stage. 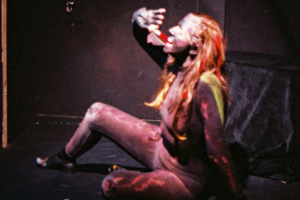 J. Robert Oppenheimer: physicist, genius, lover-- the man who built the bomb. In this poetic mixture of truth and fantasy, Oppenheimer meets a mythical femme fatale and confronts soldiers and spies; cocktails and Communists; women and war. Oppenheimer's rise and fall erupts in a kaleidoscopic new play that explores questions of faith, conscience and the consequences of the never-ending pursuit of knowledge. 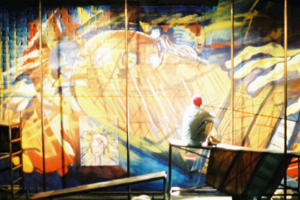 Echoes of Another Man

Where in the body does the soul reside? Is our brain who we are, or is it merely a piece of the puzzle? When a patient wakes from an unprecedented brain transplant, he is bombarded by confusing memories, emotions and sensations that seem like faded ghosts of someone else's past. Using elements of art, music, athletics and medicine, the World Premiere of Echoes of Another Man is both a scientific and existential tale about the ultimate identity crisis. 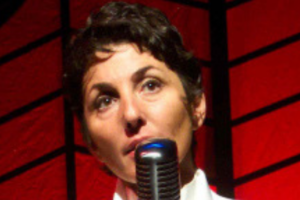 Pulp is an irreverent comedy that serves as a sexy homage to the sultry, jazzy world of 1950's lesbian pulp fiction. Rough-edged Terry Logan finds herself booted out of the post-World War II Women's Army Corp after an intimate brush with the General's daughter. Her wanderlust lands her in "The Well," a Chicago watering hole for women who love women. Pulp is a fast moving, stylized piece featuring drag kings, cabaret jazz, love triangles and forbidden Sapphic lust. 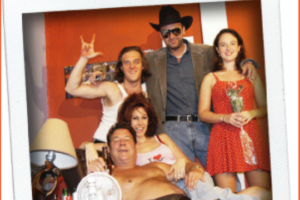 Hold onto your hats (and your chaps!) for this x-rated comedy set in the double-wide heartland of Texas! Chris Smith is down on his luck and finds himself on the run from outlaws looking to collect. Enter Killer Joe Cooper, a full time cop and part-time assassin who might have just the right tools to pull Chris up by his bootstraps -- for the right price, that is.

Killer Joe is a thrilling black comedy that will leave you hoarse from guffawing, if you don't choke on the fried chicken first...