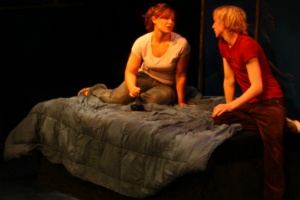 Dark Play or Stories for Boys

A teenage boy’s fictional Internet identity begins as a harmless game. But the game takes on a frightening reality when real emotion overtakes his online relationship. When Nick’s virtual world collides with the real world, his fantasies of love, intimacy, obsession and betrayal spiral into consequences that lead him to the brink of death. 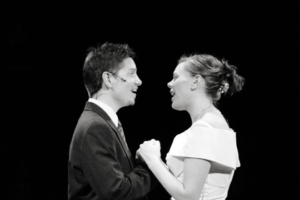 One of the most fascinating and acclaimed musicals of the past decade, The Last Five Years tenderly follows the five-year marriage between Cathy and her husband Jamie. The story is at once told in reverse from Cathy's point of view, and forward beginning with their first date from Jamie's. The ingenious storytelling mixed with some of the most beautiful music written for the stage in the last decade maks The Last Five Years one of the top musical events of the Atlanta theatre season. 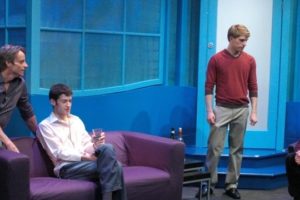 After young couple Kevin and Blake engage in an adventurous and hastily planned night of group sex with the older Max and Andy, they are left to salvage their relationship from a mix of jealousy, betrayal, telegrams from a soaking wet delivery boy and a ravenous sea monster from the ocean floor. This universal love story rendered through a post-modern gay lens slips from domestic comedy into a darkly fantastic fable and examines what it really means to say the words "I love you." 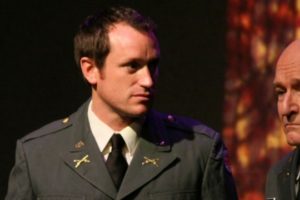 Continuing its 20th Anniversary Season, Actor’s Express is proud to offer the Atlanta Premiere of legendary playwright Terrence McNally’s Some Men, a sweeping comedy-drama that spans nearly a century of gay life in America. This landmark play celebrates all the complexities of the American gay experience. From laughter to tears and from struggle to triumph, Some Men is McNally’s most important and vital work since Love! Valour! Compassion!

Some Men spans the Twentieth Century and into the Twenty-First, looking at gay relationships and how society has influenced their evolution. 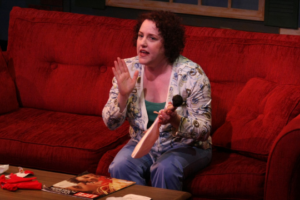 When Something Wonderful Ends

After the death of her mother, Sherry's family home goes up for sale. Sifting through memories of a simpler time as she packs up her baby-boom childhood, Sherry begins to connect the dots between her Barbie collection and America’s place in the rest of the world. A touching, funny, deeply personal and daringly global play. 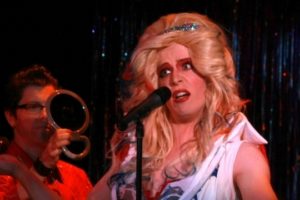 Hedwig and the Angry Inch

Atlanta, She’s Back!!!! Artistic Director Freddie Ashley directs an anniversary reinvention of the smash rock hit about an internationally ignored rock singer, Hedwig, and her search for stardom and love.